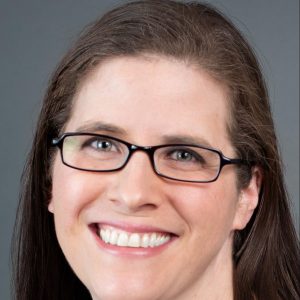 New Generation Dental Center
Dr. Heidi Aaronson has published several articles in various dental magazines, newsletters and textbooks. Several of these articles and chapters have been co-authored with Dr. Birnbaum on the topic of 3D digital scanners. She has also contributed to a book on treating dental patients with complex medical needs.
​
Dr. Aaronson is a member of the Massachusetts Dental Society, for which she served on the Committee on Communications and Public Awareness, the Academy of General Dentistry, the American Dental Association, and the Academy for Sports Dentistry. She is also a member of the Alpha Omega International Dental Fraternity, for which she served as chapter president while in dental school. She was inducted as a Fellow in the American College of Dentists in 2017.

Dr. Aaronson received specialized training in the proper diagnosis and treatment of lip and tongue ties using lasers. She is a member of the International Affiliation of Tongue-tie Professionals and is also an active member in several tongue-tie forums.
​
Dr. Aaronson founded “Tooth Day at Fenway Park”, an annual event that brings oral cancer awareness to fans at Red Sox games. In April 2008, Dr. Aaronson organized a dental mission trip to the Dominican Republic to offer free dental care to children in a Red Sox-sponsored orphanage and other impoverished areas. To honor Dr. Aaronson for her charitable work in the community, the Massachusetts Dental Society presented her with their “Ten Under Ten” award in 2010, which recognizes the top 10 new dentists who have made contributions to their community and profession.
​
Dr. Aaronson is an authorized provider of Under Armour Performance Mouthwear and served as the Dental Director of Professional Athlete Relations for Bite Tech, Inc. She has fit over 500 athletes on several professional and collegiate teams, including the Red Sox, Bruins, Celtics, and Revolution, as well as several Olympic athletes.

Share this page on your timeline or Social Media platform!